Until the coming of the railway, the shore was accessible at various points – notably at Windy Harbour (roughly where the roundabout is near the station) where the road ran along the sands, by the Commodore (Commercial Inn as it was then), Bailey Lane and Clare House Lane.  The map below from 1796 shows Bailey Lane reaching the shore beside a building. ​ 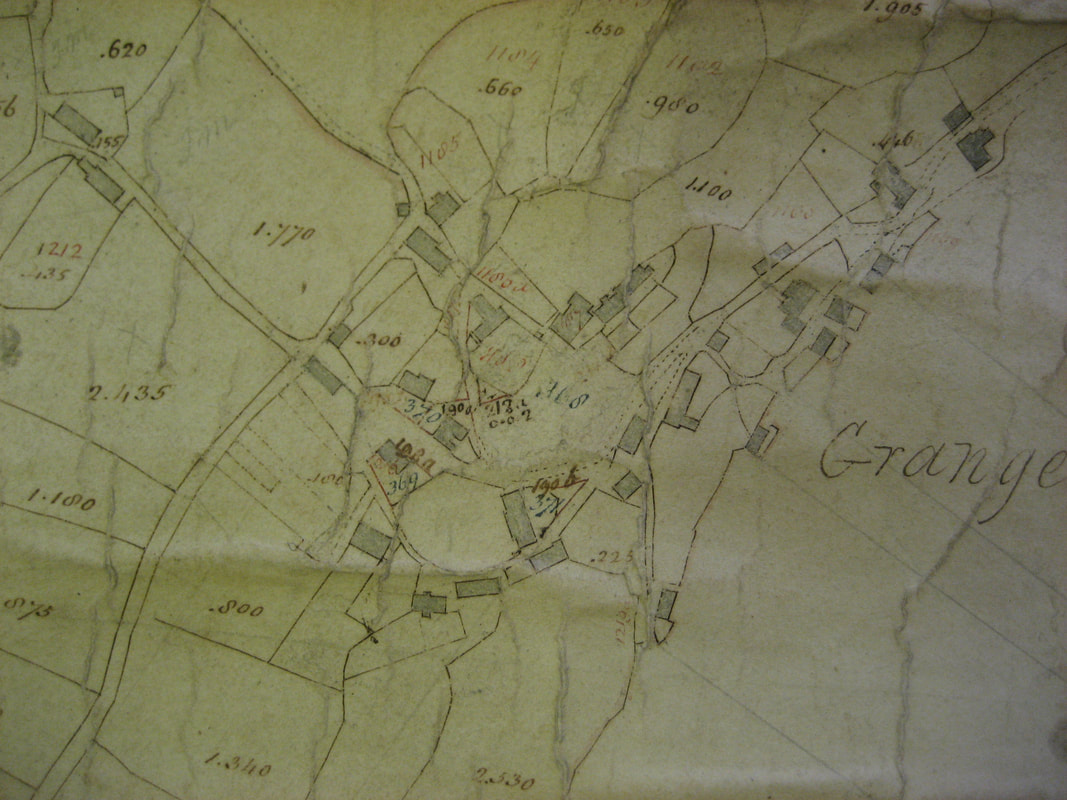 When the railway was constructed, the map accompanying the parliamentary act (Ulverstone & Lancaster Railway Act 1851) showed the layout as it was immediately prior to the railway.   I'm not sure whether the building number 54 was/is crossing cottage or not.  Possibly not, as the current cottage looks like a purpose built railway style dwelling, and too parallel to the railway to be such by chance.
In The Act itself, clause XIX set out a number of level crossings that had to be made including: "a certain highway, numbered 54a, in the township of Broughton East, in the parish of Cartmel...where the line crosses the same'.  Clause XX set out the requirement to build a lodge at each crossing.
​ 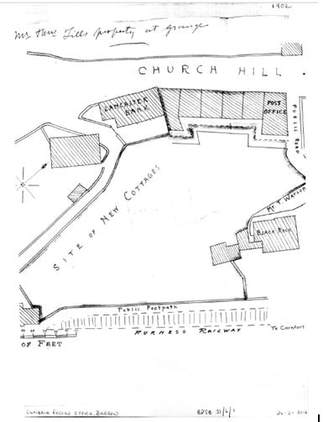 ​Morecambe Bank was built sometime after 1902, as planning documents in Barrow Record Office show.  This shows the public footpath from crossing cottage to the car park.
​In 1875 the Morecambe Steam Boat Company built a pier at the foot of Bailey Lane for its steamers to call at bringing day-trippers to Grange from Morecambe and elsewhere.  They all used the crossing and Bailey Lane, or the path to Main Street to access the town.  In the two pictures below (c1894), you can see the gates and the ramp down to the shore before the promenade was built (if you have a look in the railway wall to the left of the crossing, you can still see some fittings). 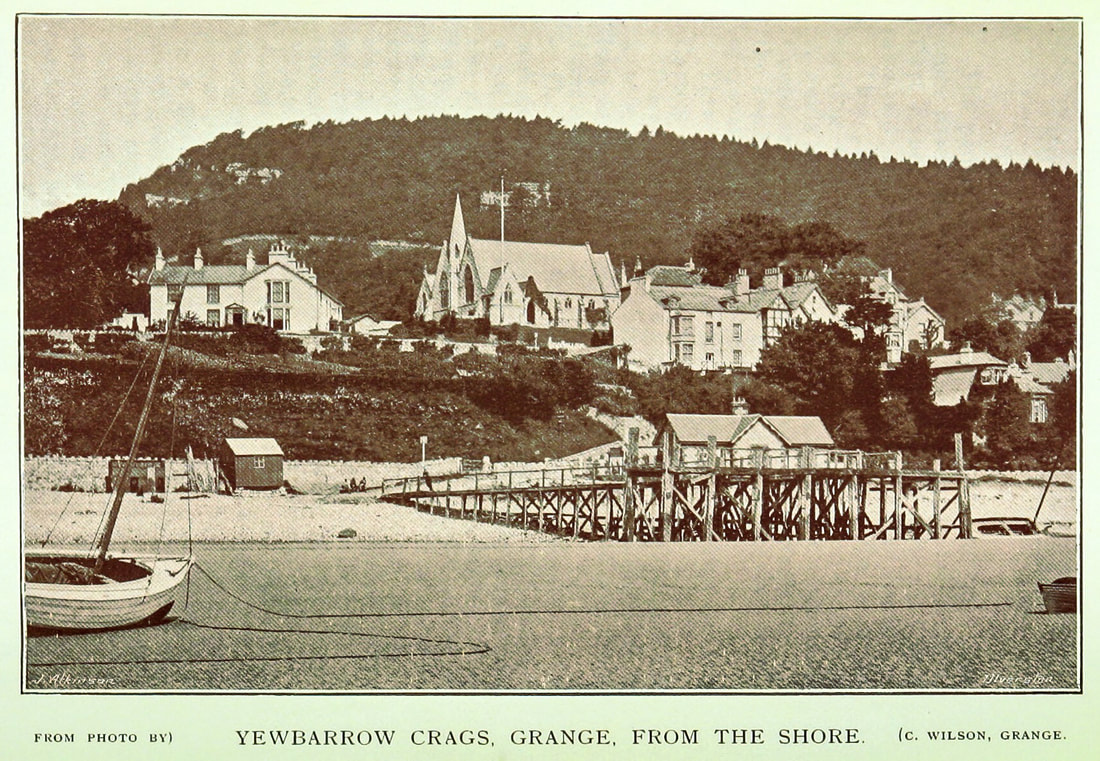 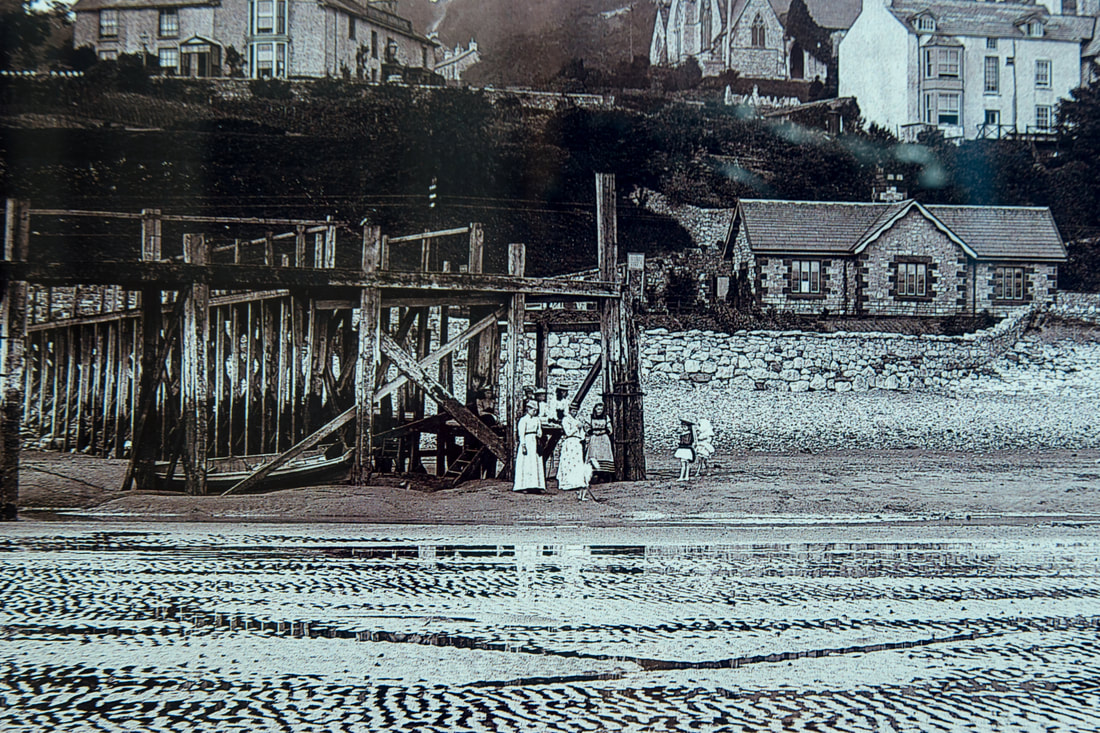 ​​The gates were still there in 1914, as the postcards from 1912 and 1914 after the prom was built (1904) shows - if you look carefully (right click and choose 'open image in new tab' to enlarge) - you can see the 'stop, look, listen' type signs as well.
​A second pier was built at Clare House Lane, and the Bailey Lane Pier gradually fell into disuse and disrepair – disappearing some time in the early twentieth century.

Bailey Lane crossing remained an all purpose level crossing until the British Railways Act 1968 - the bottom two cuttings show that it was stopped up under this Act, retaining a right for all persons to use the level crossing on foot (ie: a public footpath).  The whole length of the route from Crown Hill to the shore is Bailey Lane. 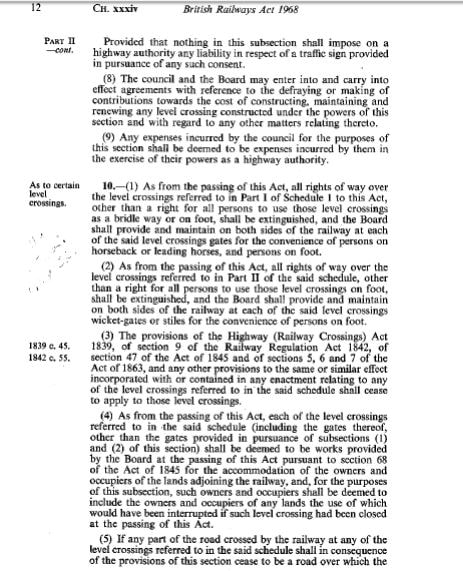 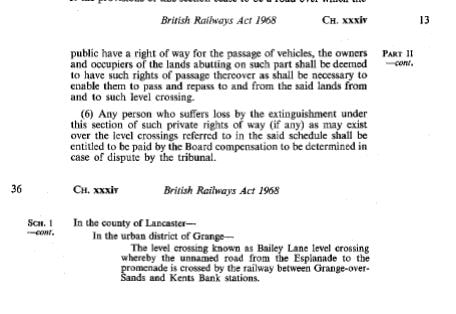 The level crossing has been closed by Network Rail since July 2017 because of safety concerns.  Here's what a blogger had to say about the magic and energy of the crossing suningemini.blog/2022/02/13/cross-crossing/
A local Public Inquiry was held in 2021/2022 into the closure of the crossing, and a decision is expected in April 2022.
Grange-over-Sands, pictures of Grange-over-Sands, photographs of grange-over-sands, photos, Bodian, photography, photographs, pictures, old maps, historic maps, Cumbria, South Lakeland, images, pictures, photos, Nick Thorne, Lake district, lake, district, Hampsfell, Morecambe Bay, Grange, Grange over Sands, Grange, over, Sands, maps, history, historic maps, councils