Hydropathic Establishments Click here to go back to A-Z page

Hydrotherapy is a part of medicine that involves the use of water for pain relief and treatment – it encompasses a broad range of approaches and therapeutic methods that take advantage of the physical properties of water, such as temperature and pressure, to stimulate blood circulation and treat the symptoms of various diseases.

A hydropathic establishment is a place where people receive hydropathic treatment. They are commonly built in spa towns, where mineral-rich or hot water occurs naturally.  Several hydropathic institutions wholly transferred their operations away from therapeutic purposes to become tourist hotels in the late 20th century whilst retaining the name 'Hydro'.

Grange Hydropathic Establishment was the first established in the area.  This was described as standing ‘on the hillside to the west of Yewbarrow, sheltered by the hill behind, and commanded a southern aspect.’  This building is up Grange Fell Road on the right, and for a while housed the British Legion.  It is now apartments (Lingfell).

Hazelwood Hydropathic Establishment was built in 1877 as the Brown Robin Mansion by WE Maude of Blawith (he was a Liverpool sheet metal magnate turned banker), but he found it to be too big for him.

Alterations were carried out to turn it into a Hydropathic Establishment in the 1880s and it opened as such in 1887, and by 1891 facilities included a billiard-room and a dark room for the new hobby of photography.  Dancing and concerts were also provided as entertainment, and the ballroom is still in good condition downstairs (it was not licensed for wine or spirits though - so guests had to bring their own!).  A cycle house was also built where machines were stored at a charge of 1/-per week, including free insurance against burglary and fire.  Turkish Baths for gentlemen were 1/6 on a Sunday morning, and a 'mustard spinal' was a shilling.  An excellent account of it is in the 1893 edition of Ward Lock’s Guide to the English Lakes, although the picture contains quite a bit of artistic licence! 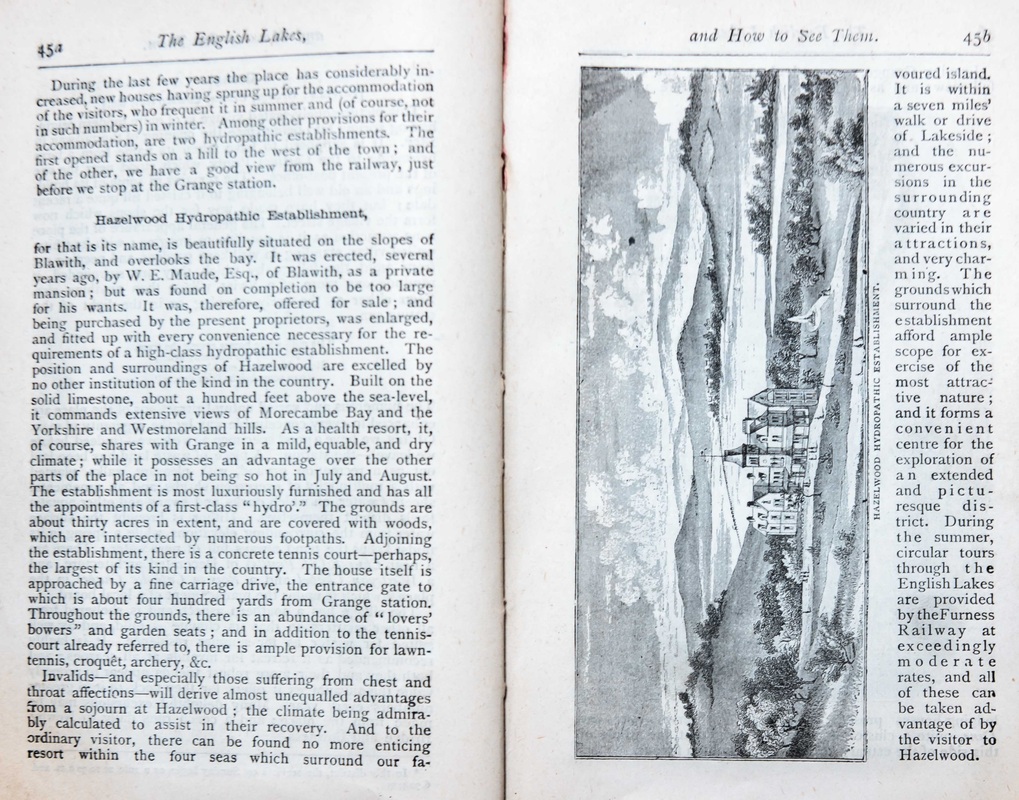 At some point after this it became more of a hotel, called the ‘Hazelwood Hydro’.  Postcards of this era can often be found on e-bay (see top of page).

A photo from the golf course taken in 1927 is here http://www.francisfrith.com/grange-over-sands/photos/the-grand-hotel-1927_80485/

In the late 1920s it was known for a short while as the ‘Golf Hotel’, and a lovely brochure set to 1920s music can be found on YouTube (below).  It's the second half mainly.  One fascinating thing on here is that it says you could fly to the Hotel and land on the Golf Course!
In the very late 1920s it became the Cumbria Grand Hotel.  During the Second World War it temporarily became an RAF Officers Training Centre, with anti-aircraft guns. 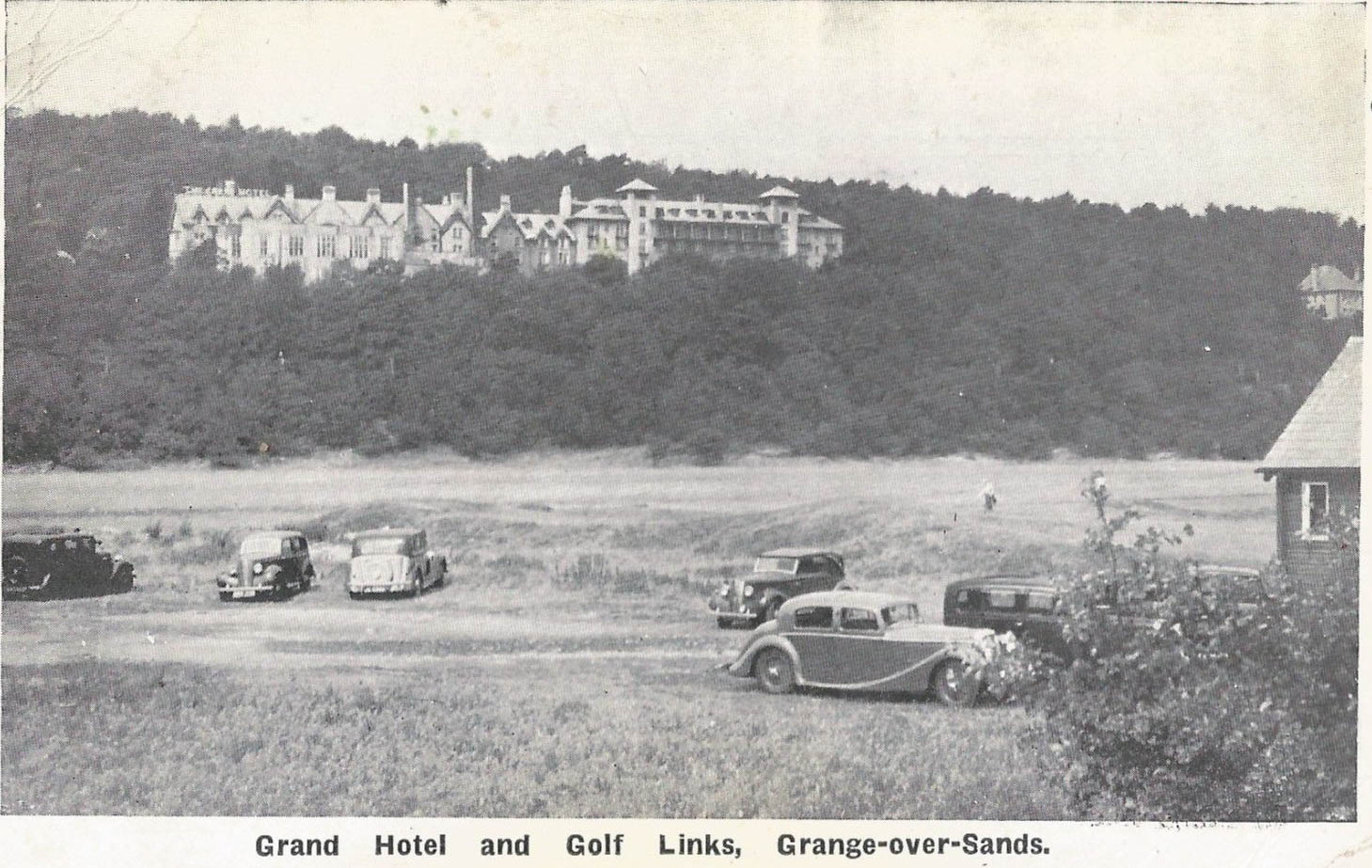