Furness Railway Click here to go back to A-Z page

The coming of the railway is undoubtedly the most important factor in the development of Grange into the town it is today.  And much of this is down to two men – James Ramsden and Alexandra Brogden.

James Ramsden was the Managing Director of the Furness Railway, and is still commemorated in Barrow (Ramsden Square is named after him, and contains his statue)

Alexander Brogden was a major industrialist, and was the main pioneer for the railway through Grange.  He loved it here so much, he bought, and lived on, Holme Island.

Once the railway had been built (originally the Ulverstone & Lancaster Railway) these two set about turning Grange into a small resort to boost trade both in the area and on the Railway.  They were behind the Grange Hotel and other developments.

From the original proposals in the 1840s there was quite a time until plans were finally passed and the Ulverstone & Lancaster Railway Act became law in July 1851.  Construction was then fairly rapid by modern standards – despite the difficulties and set-backs.  The first ceremonial train ran in August 1857, although the first locomotive (with Alexandra Brogden’s furniture!) arrived in Grange on 15 July 1857.

In 1862 the company was sold to the Furness Railway, who built the station as we know it today in 1863, followed by the Grange Hotel in 1866.  A proposal to link Grange with Windermere via the Winster Valley unfortunately did not come to anything.

Photos of trains and locomotives passing through Grange-over-Sands are numerous on train-spotting websites.  Just put 'Grange-over-Sands trains' into a search engine, and choose the images.  There is even a You-Tube video of a model railway layout of the station area.

Two excellent booklets by Leslie Gilpin describe the building of the railway, and the development of the two stimulated by this.  I recommend them both. 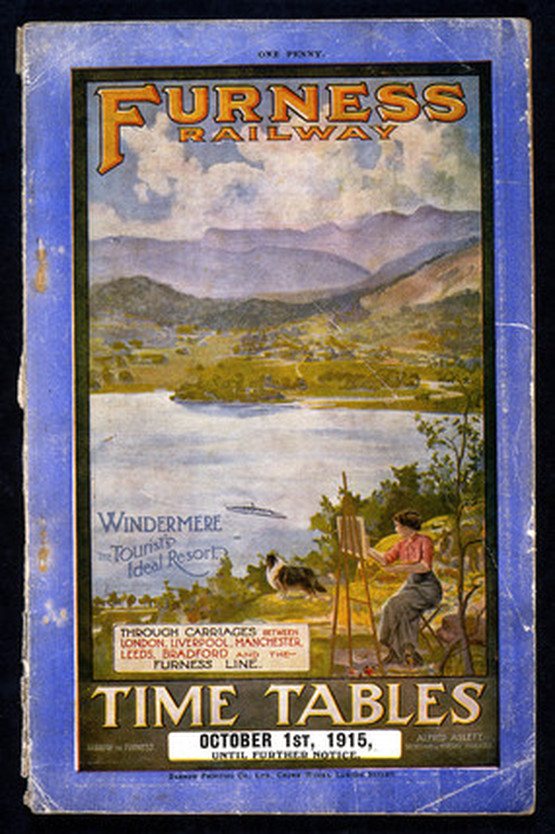