High Newton and other Reservoirs

In the middle to late 1800s Grange didn’t have a great water system – with no reliable water supply, and no form of sewers.  Residents had to rely on the wells and springs, and the principal source was Picklefoot Spring which never ran dry.  However – it was under water daily when the tide came in, so water had to be hauled up in buckets before this happened!

Other wells existed such as Charney Well, and Mrs Postlethwaite’s well at the corner of Grange Fell and Fernleigh Roads.
Because locals considered that “the want of proper sewage is becoming a serious problem owing to the growth of the place” they applied to become separate from the Ulverston Rural Sanitary Authority in 1867.  Grange Local Board of Health was formed in 1874, with powers relating to sewers, water supplies and cleaning and paving streets.

In 1875 the first plans for a reservoir at a peat moss just north of Ayside at High Newton were drawn up.  In 1876 the pipework was bought as prices were low (the pipes run from High Newton, under the old main road, and down the top road from Lindale).  The Reservior started serving the residents of Grange in 1878.  It initially had a capacity of 23 million gallons, and an extension was later added with a further 8 million gallons.  The initial flow was good, but the water wasn’t as pure as the well supplies, so a filtration plant was constructed at High Newton in 1895.

The 1894 Local Government Act renamed the Boards of Health as Urban District Council – hence Grange Urban District Council (GUDC).  They took over the management of the water supplies until the creation of the Furness Water Board in 1961.  This was subject to nationalisation in the 1970s and then privatisation in the 1980s – and now responsibility is with United Utilities.

In 1939 Hansard records and acute water shortage in Grange, but frustratingly, there is no other information about this https://hansard.parliament.uk/commons/1939-12-06/debates/2cc03009-3c70-4d48-a6a8-69a554579d94/WaterSupplyGrange-Over-Sands
​
In 1957 an expanded Simpson Ground Reservoir (which existed on a smaller scale back in the enclosure days on 1796) provided a 44 million gallon storage for the town.  Nowadays our water principally comes from Haweswater in the north-east of the Lake District after passing through Shap treatment works.  You can find the latest reports on the quality of the water supplied to Grange-over-Sands here http://www.unitedutilities.com/waterquality.aspx 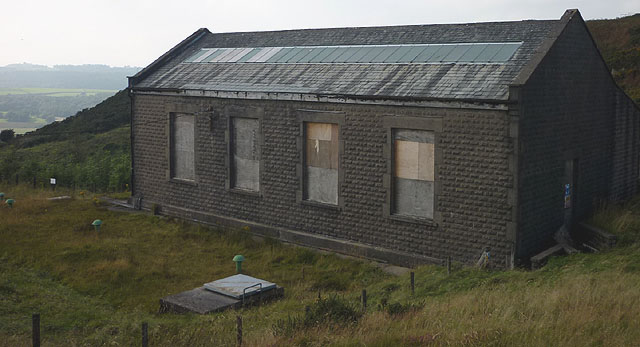