The Bandstand  Click here to go back to A-Z page 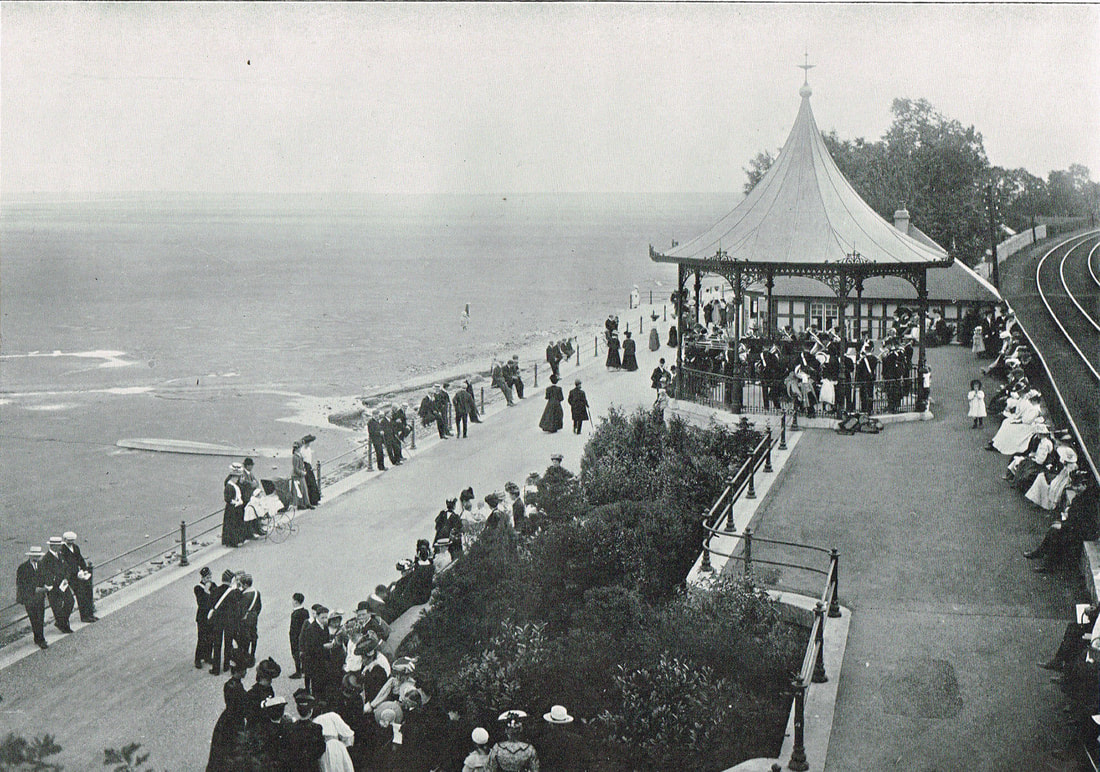 Soon after being built in around 1904/5
Grange's cast iron bandstand, with an unusual zinc pagoda roof and ornamental ironwork, is Park Road Garden's central feature, surrounded by a small moat and seating.

However, it didn't start off life here.  It was originally built by Harold Porritt, a textile factory director from Lancashire in around 1901-1904 on the promenade next to his Tea Rooms.  But ladies protested to the council about soot and hot cinders from passing steam trains ruining their dresses whilst they sat and listed to the music, so it was moved to Park Road Gardens when these were created in 1930.​

For many decades the sides of the Bandstand were glazed and enclosed - but these side panels have since gone.  It was extensively renovated in 1990, and is listed by English Heritage. There are concerts in the bandstand every Sunday during the summer – mainly brass bands, but also jazz. 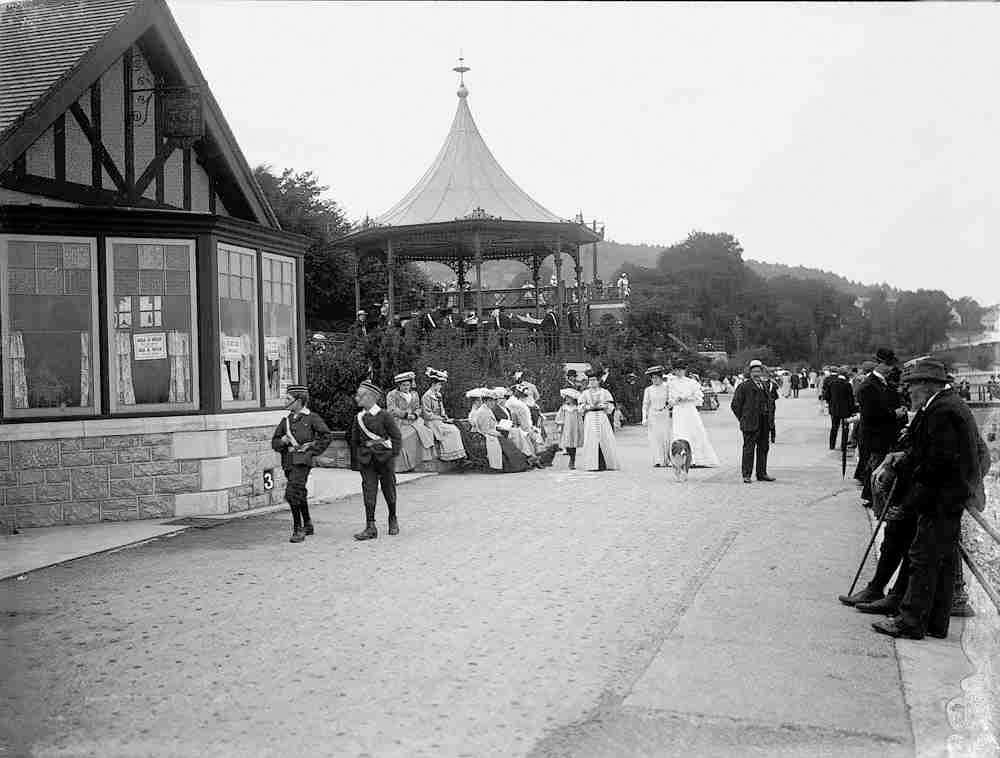 Concert on the Prom - presumably with ladies getting smuts on their hats and dresses! 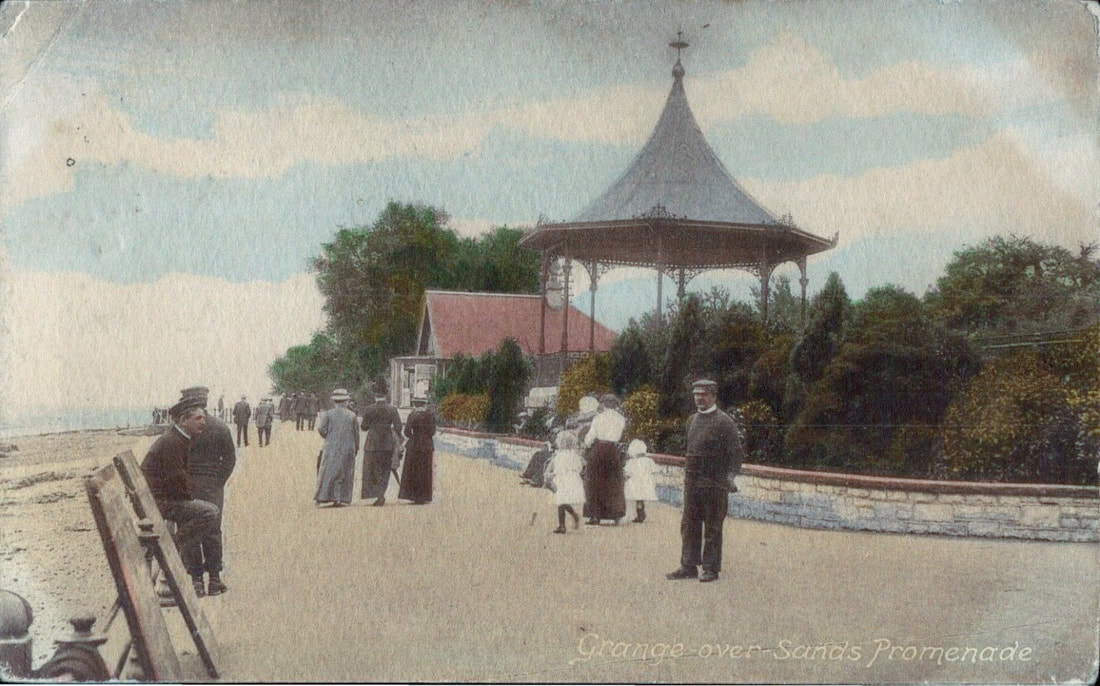 Postcard from 1918, with some boatmen. 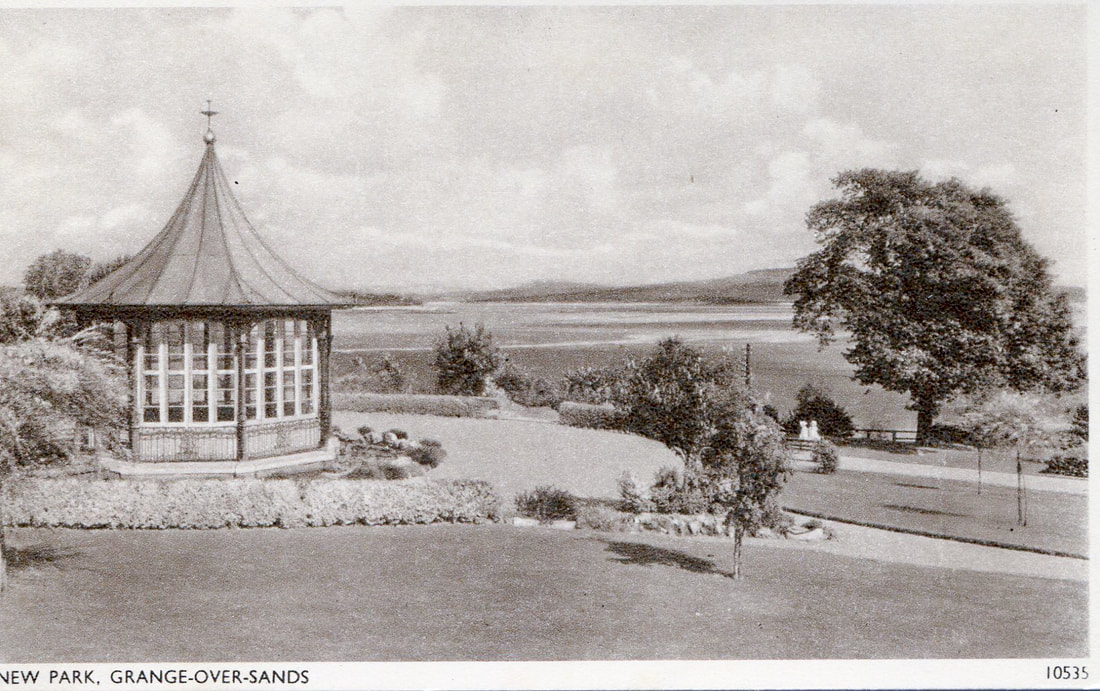 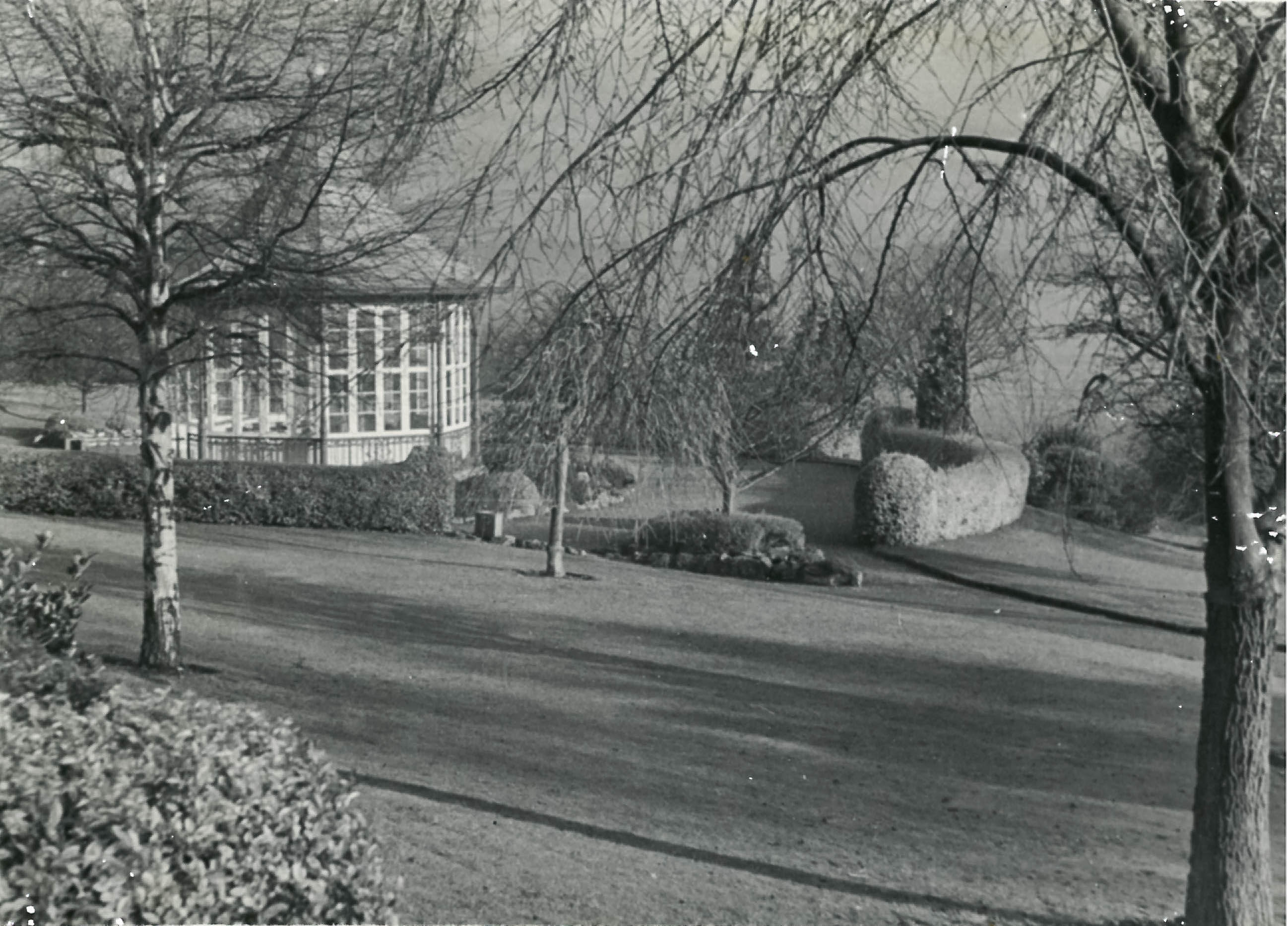 Note the enclosed sides to the bandstand - the top photo must have been fairly early, before the trees were well established 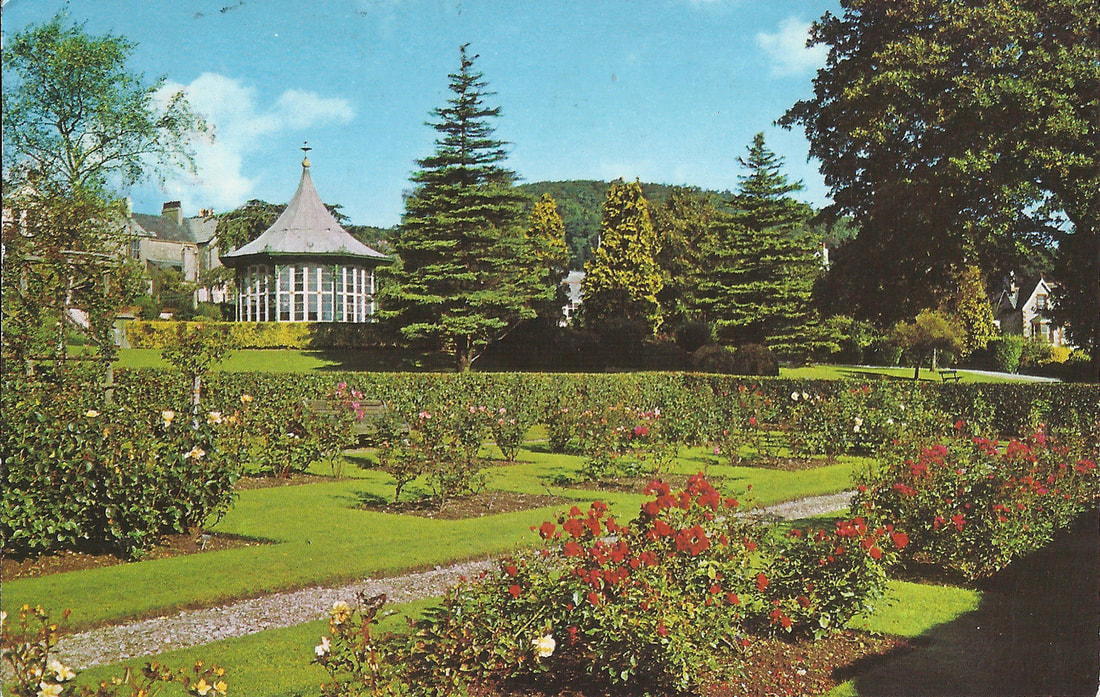 They were still enclosed as late as the 1960s 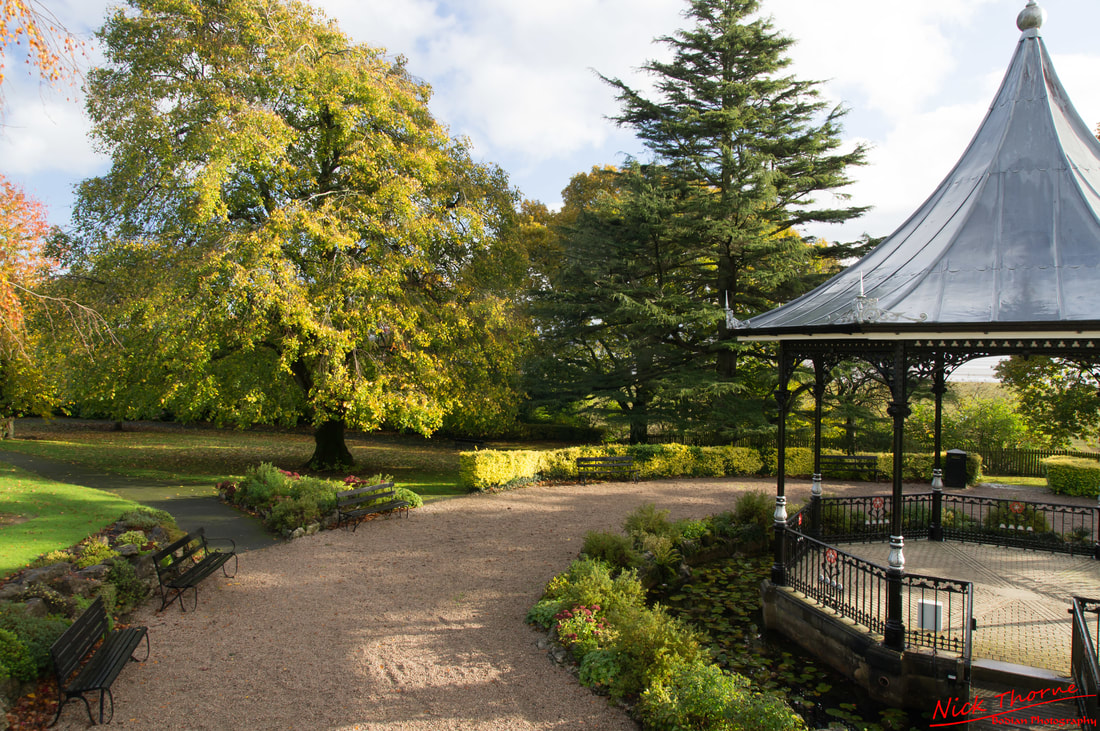 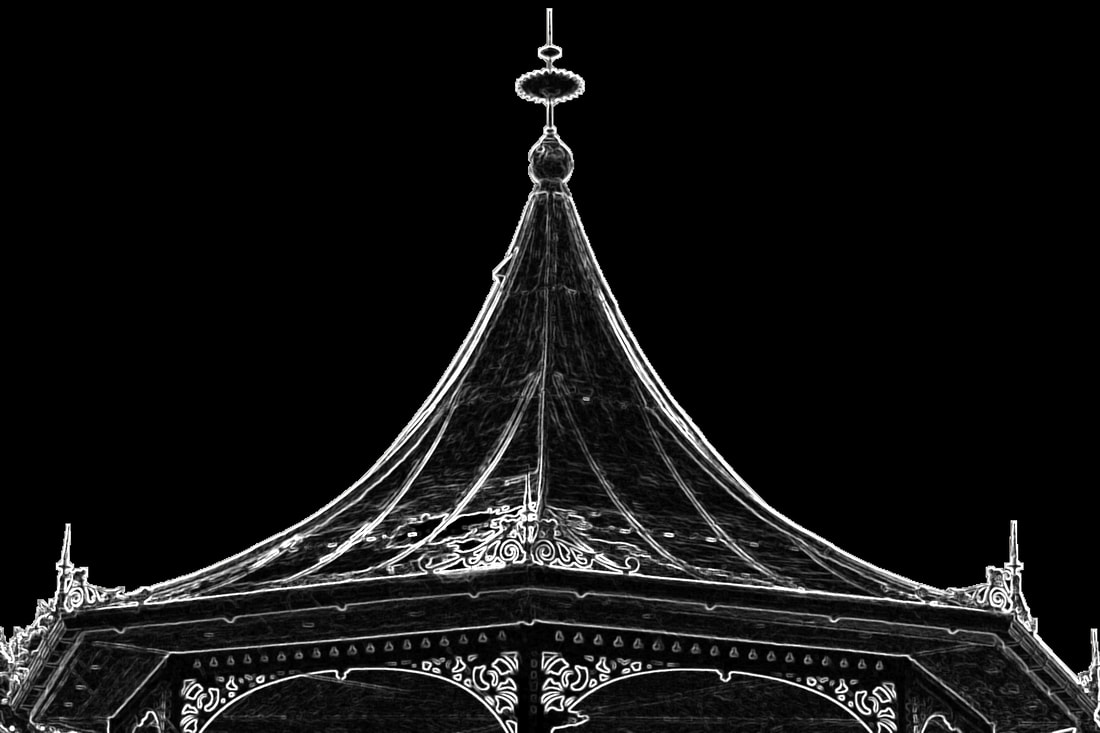